Skin cancer is the most common form of cancer in the U.S. The disease is caused by a DNA mutation creating an abnormal growth of cells in the epidermis, which is the outer layer of the skin.

The epidermis is the body’s largest organ, consisting of three layers: The squamous cells just below the outer surface of the skin, the basal cells underneath, and the melanocytes located in the lower part of the epidermis. Each of these layers can be affected by skin cancer.

Basal cell carcinoma (BCCs) affects about 4 million people each year in the U.S. It is the most common type of skin cancer. BCCs appear as growths arising from the basal cells deep within the epidermis. Often the outer layer of the skin will show a shiny bump, red patch, open sore, or scarring. BCCs are most often caused by overexposure to UV rays from the sun.

Look for BCCs on the scalp, face, ears, neck, shoulders, or back. BCCs can recur even when carefully excised after surgery, however, they rarely spread (metastasize) to other parts of the body.

Squamous cell carcinoma (SCC) is the second most common form of skin cancer. SCC starts within the squamous cells in the outer layer of the skin. If the disease is caught early, it’s curable, however, these types of cells are located throughout the body and so this type of cancer can spread.

If left untreated, SCC is considered an aggressive form of the disease. Any new or changing skin growths should be seen by a doctor immediately.

Melanoma is the third most common type of skin cancer in the U.S. It develops in the melanocytes, or the skin cells that produce the melanin pigment that colors the skin. Melanomas often show up in the form of moles and they can occur anywhere on the body that receives sun exposure. Sunburns and tanning beds increase the risk that melanoma will occur.

Of the three most common types of skin cancer (including BCC and SCC) it is the most dangerous; in 2020 alone melanoma caused more than 6,000 deaths in the U.S.

Kaposi sarcoma is a rare type of skin cancer that develops in the blood vessels within the epidermis. We see this type of cancer in people with weakened immune systems, such as people living-with-AIDS or those who underwent organ transplants and are on medications that suppress natural immunity.

Merkel cell cancer (MCC) is less common, but highly aggressive and fast-growing. It can start in the hair follicles and in the hormone-producing Merkel cells just under the skin in the head and neck area.

Only about 3,000 new cases of this disease are diagnosed each year, although this number is increasing. The disease has a high incidence of recurrence and metastasizing, typically within three years of the initial diagnosis. These tumors typically appear on the most sun-exposed body areas and grow quickly. They can appear almost like a pimply lump that can be skin-colored, purple, red, or blue-red. MCC is about three to five times more deadly than melanoma, but early detection can change these outcomes.

Sebaceous gland carcinoma is as uncommon as it is aggressive, causing shiny, firm nodules on and around the skin’s oil glands. These form most often on the eyelid and can be misdiagnosed as a benign eye problem. As the cancer grows it may ooze or leak blood but still be painless. The cancer can occur on any sebaceous gland, which occurs on most areas of the skin. Only about 1,000 people experience this cancer every year.

The primary cause of skin cancer is the ultraviolet (UV) radiation found in the sun and in the lights used in tanning beds. However, skin cancer can occur on parts of the skin not normally exposed to UV. While scientists aren’t completely certain, this seems to indicate that other environmental factors such as exposure to toxins, can play a role in the development of skin cancer.

Some of the risk factors associated with developing skin cancer include:

While all of these risks increase the odds of developing skin cancer, there are also several things that can be done to help prevent the disease. 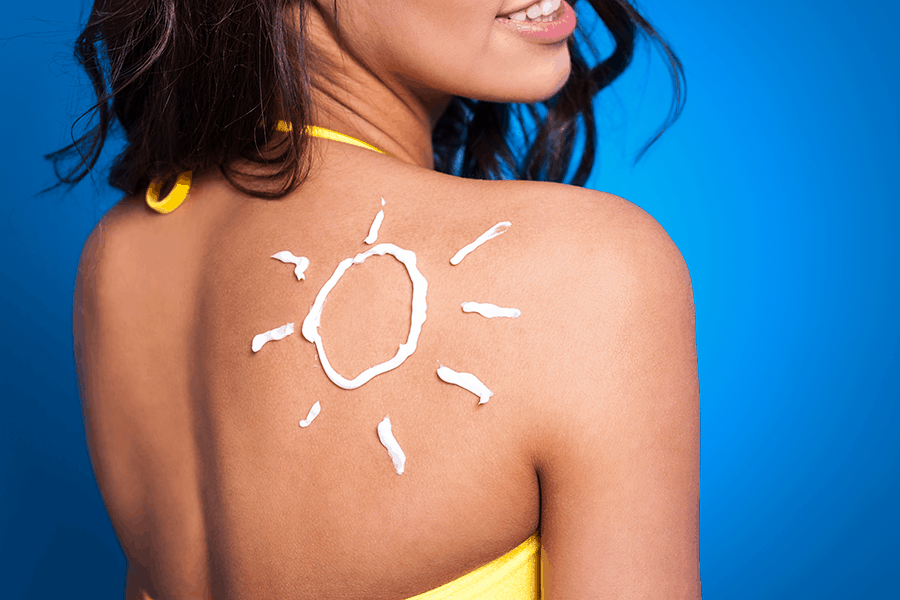 Most skin cancers are preventable. Some of the best ways to prevent skin cancer have to do with protecting skin from harmful UV rays. Avoiding the sun in the heat of midday and wearing sunscreen all year long can reduce risk. Wearing long sleeve blouses and broad-brimmed sun hats can protect the arms, neck, and head from dangerous sun rays. Wearing sunglasses also helps.

Avoid tanning beds, which emit UV rays. Some medications make the skin more sun-sensitive (some antibiotics can do this).

Regular checks of the skin for new growths or changes to moles, birthmarks, freckles, and bumps. Be sure to check the scalp, neck, ears, and the tops of the arms and shoulders.

To diagnose skin cancer, a doctor will take a skin sample (biopsy). Depending on the type of skin cancer and how advanced it is, the doctor may recommend one or several treatments, including:

Any time your doctor discusses cancer, it’s potentially a concern, but skin cancer is both preventable and treatable. Talk to the team at Orlando Minimally Invasive Surgery about the ways we can help treat skin cancer.

Treatments and Procedures
Request An Appointment